Ripple: can this cryptocurrency ever compete with Bitcoin? 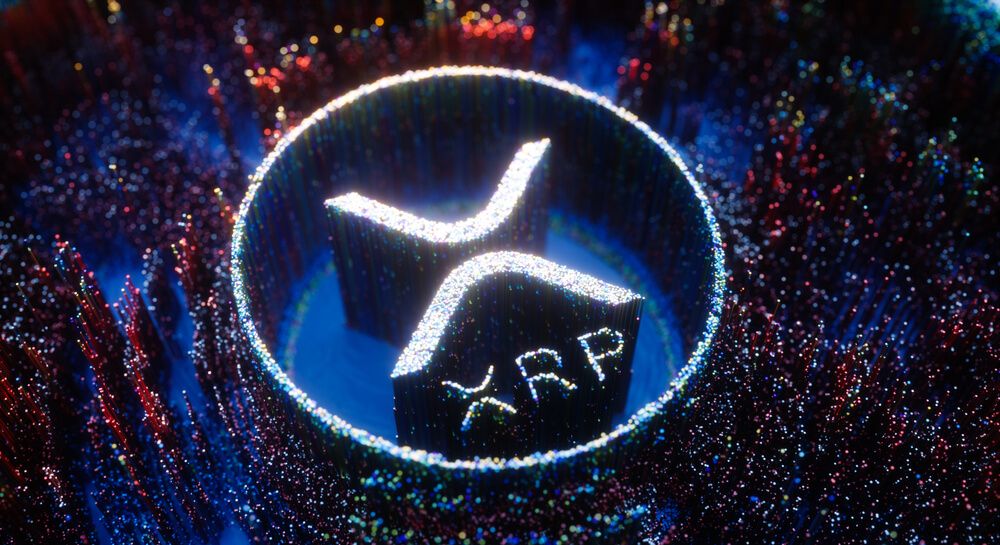 The online trading industry offers nearly 9000 virtual currencies. However, more than two-thirds of the global cryptocurrency market is occupied by bitcoin and ethereum. This situation, which dates back several years, does not however prevent some other cryptocurrencies from gradually rising to the top of the ranking.

XRP is one of the virtual currencies that are starting to play a significant role in trading and market capitalization. Currently, Ripple is the sixth most widely used cryptocurrency.

Ripple is a virtual currency on par with Bitcoin or Ethereum. In the financial world, the cryptocurrency is better known by the abbreviation XRP. Ripple is a digital currency made using blockchain.

The acronym XRP was adopted at the start-up's inception. This name is taken from Ripple Transaction Protocol, a protocol created by ripplelabs.

Long in the shadow of Bitcoin and Ethereum, XRP is gradually becoming an important cryptocurrency.

Founded in 2012 by Jed McCaleb and Chris Larsen, Ripple specializes in finance. The company focuses mainly on cryptocurrency exchange. The company developed an asset exchange protocol based on blockchain technology.

The major advantage of the system is the acceleration of transactions with a high processing volume. The start-up performs nearly one thousand five hundred transactions per second.

The Ripple blockchain network and protocol:

The Ripple network operates on a blockchain consensus mechanism based on trust between the various players in the system. Unlike the Bitcoin protocol, the Ripple network does not allow for mining. XRP tokens are created and issued by the company itself. This model thus requires a certain level of trust for the network to remain active.

It is also worth noting that Ripple's blockchain protocol weighs forty times more than Bitcoin's. As a result, the number of potential validators is greatly reduced.

Anyone who wants to become a central blockchain node must have a set amount of storage space. Ripple requires 8 terabytes compared to 200 gigabytes for Bitcoin.

Currently, the traditional international payment system is still cumbersome. In addition, it is divided into several operations spread over time and space. A real complex process that requires processing time and causes delays and frustrations.

For individuals or entities with multiple daily transactions, the traditional process is a real problem. It wastes both time and money.

Ripple, a much better alternative

Ripple is an ideal alternative for fast and instant cross-country financial transactions. The Ripple network uses an interactive platform with an innovative, secure and reliable system.

It is important to note that the services are inexpensive. The network includes over three hundred providers and financial institutions. These organizations are located in over forty countries. These countries trust Ripple, its network and its protocol.

The Ripple blockchain follows a very different process than Bitcoin. The manufacture (mining) and release of XRP tokens was defined at the beginning of the network's launch. All the tokens created by the company were mined in a single block.

Of the total number of existing tokens, only 15% have been injected into the market. 20% of Ripple tokens are owned by their creators. The rest are kept by the company for future use.

In 2021, only 40 or so billion units are in circulation. Almost 60 billion are still set aside.

A different blockchain to other cryptocurrencies

With most cryptocurrencies, the blockchain technology used allows for the creation and mining of tokens. On Bitcoin, the algorithm predicts the issuance of 21 million units of BTC in 2140. On Ripple, the tokens are pre-mined. No other means of creating additional XRP tokens is currently available.

As a reminder, more than 8 terabytes of storage space is required for Ripple network validators. This is the storage capacity needed to host the blockchain node. A person who has this storage space can become a Ripple validator without the need for approval from Ripple.

The node must be kept functional 24 hours a day, 7 days a week. Updates must also be made quickly and continuously. The trust of others is also very important to confirm the status of a validator. Indeed, recognized validators are integrated in a list called UNL or Unique Node Lists.

The list is responsible for recommending which nodes validators connect to on the network. Half of the nodes on the list are owned by Ripple.

Compared to the reference cryptocurrency BTC, XRP is much cheaper. One XRP is currently trading at under $2, precisely $1.6. Bitcoin is currently priced at over $60,000, a value that is difficult for individuals to afford.

The value of a XRP token is less expensive and more accessible to retail investors. The proximity of its value to that of traditional currencies facilitates its use especially in payments and financial transactions.

Evolution of the price

Since the launch of XRP in 2012, its price has been on a steady rise. An exceptional situation occurred between December 2017 and January 2018: during this period XRP's price saw a 13-fold increase thanks to its outperformance. Despite this feat, Ripple is still underperforming compared to the top two virtual currencies, Bitcoin and Ethereum.

Note that this underperformance is rather to the company's advantage. The price of XRP is less volatile and therefore more stable than other major cryptocurrencies, making it more reassuring.

At the beginning of 2021, the price of XRP rose sharply in a welcome outperformance. At the end of April 2021, Ripple's market capitalization was valued at over $75 billion, which pushed the currency into the Top 5 cryptocurrencies.

How do I buy XRP?

On many online shopping sites, payment by Bitcoin is possible. Bitcoin can be used to buy food and all kinds of materials and products.

XRP, on the other hand, is more restricted. It is a digital currency used for clearing transactions reserved for financial institutions.

In any case, it is possible to hold and trade XRP tokens on the Ripple website. XRP is also available on most stock exchange and cryptocurrency exchange sites.

Investing in this cryptocurrency can be fruitful. Despite the low volatility of its value and stability, XRP sometimes experiences impulsive movements. Crypto trading with XRP can help grow your capital.

XRP has a blockchain protocol that is quite different from other cryptocurrencies. Its use facilitates international payments by financial institutions. Although anyone can become a validator on its blockchain, the integration requirements are a hindrance to access it. The stability and low volatility of the XRP crypto keeps it in orbit. But random outperformance can also be situations to look forward to.